If you're new to Rhino there are 3 basic areas you'll need to get familiar with in Rhino. Firstly you have the viewports, you can see 4 at a time or only 1. Secondly, the command bar. This bar is essential as you'll write all the commands there. Thirdly, the side panels. These contain commands, snapping, different panels (such as the layers panel), and properties. 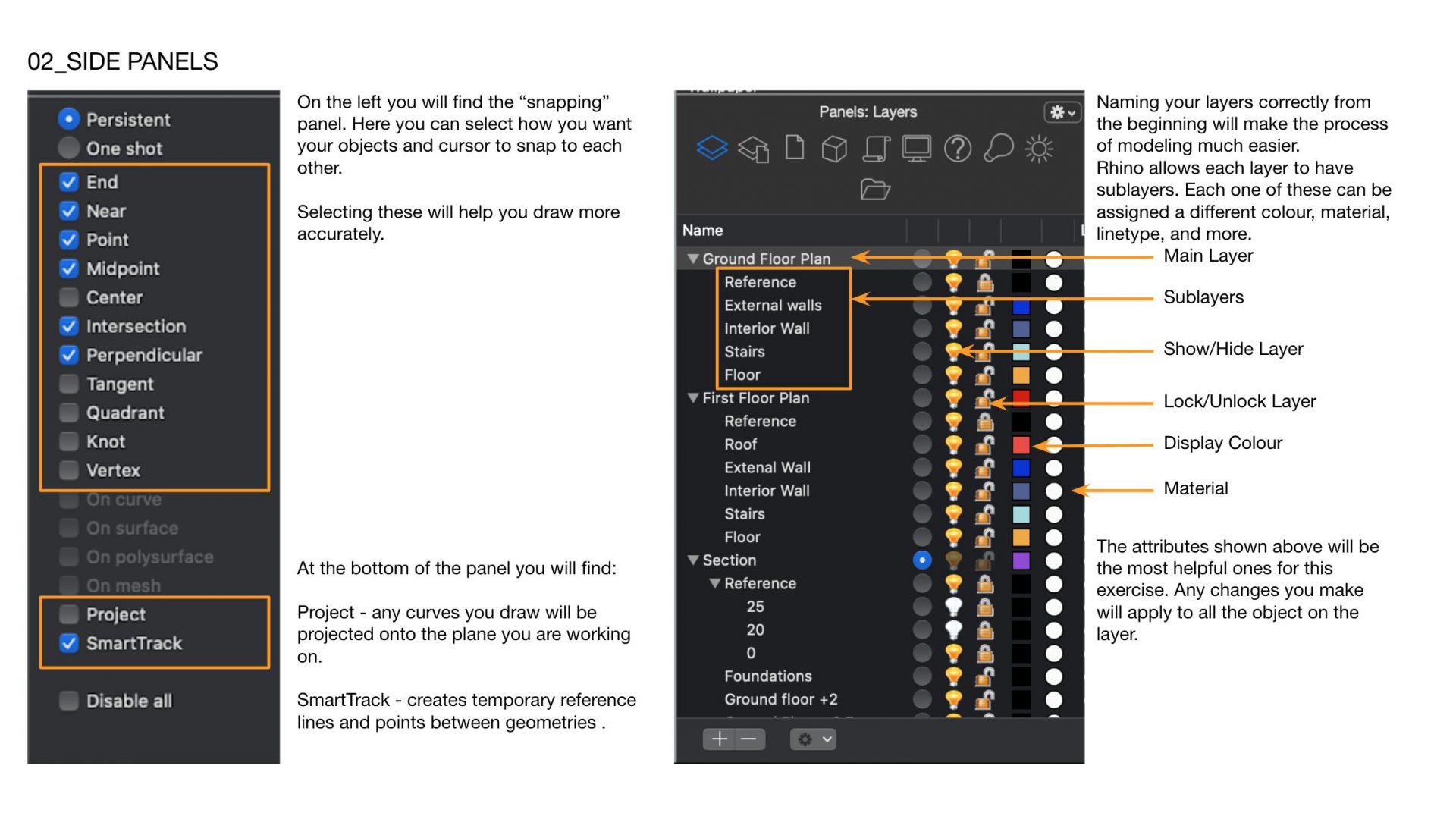 In Rhino you will use curves to draw your geometries. There are various commands you can use to draw your curves but probably the first ones you'll start with are "line" (single line segment) and "polyline" (multi-segment polyline. For more on curves click here.

When writing something on Rhino the command you use will depend on the aim of the text. For annotations and editable text you use the "Text" command. This will create a text box that you can easily edit form the properties panel. On the other hand, if you want your text to be read by Rhino as a curve or object you will need to use "TextObject". This type of text is great for machining or 3D modelling. 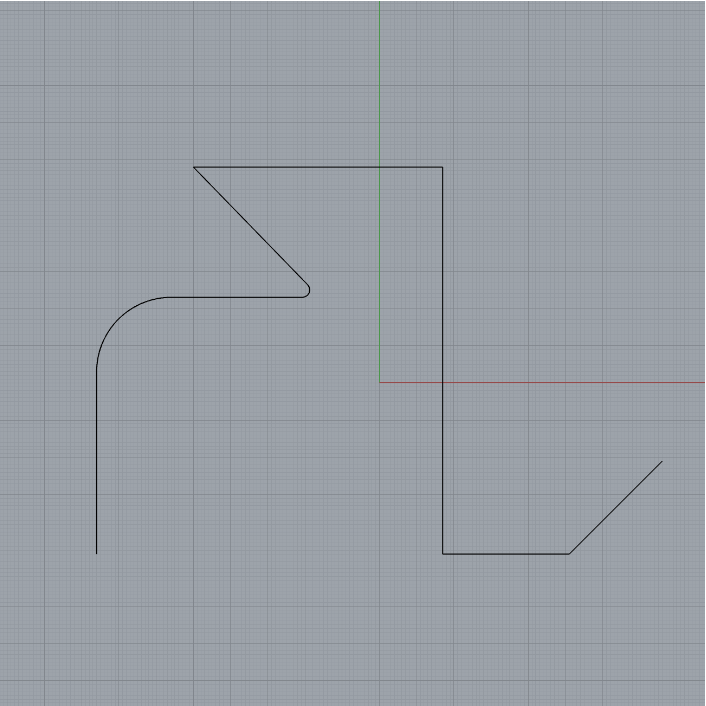 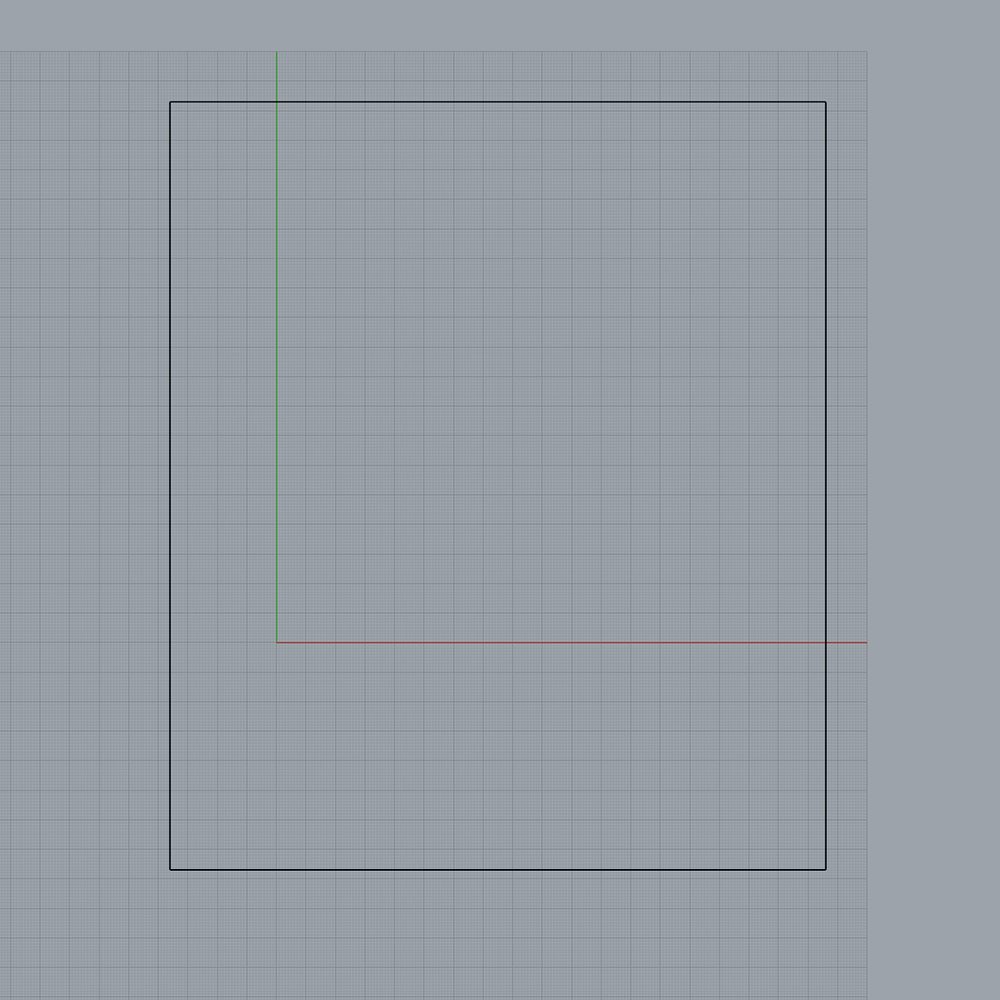 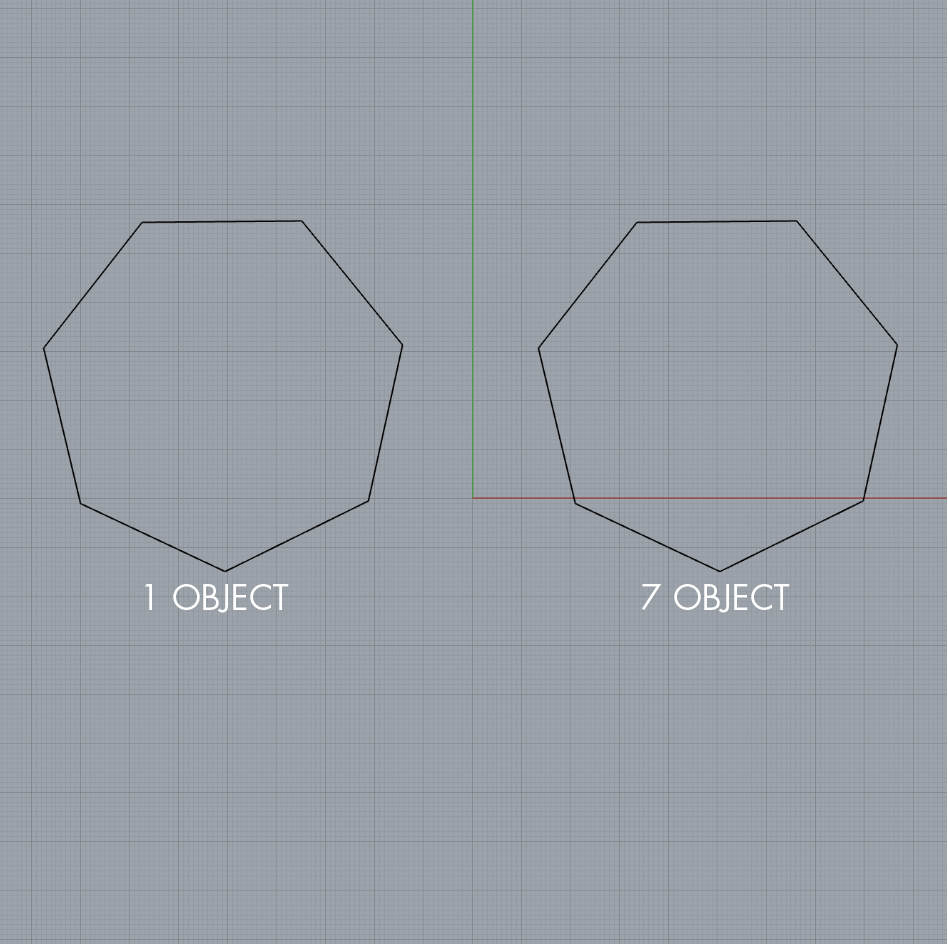 Breaks down objects into components. 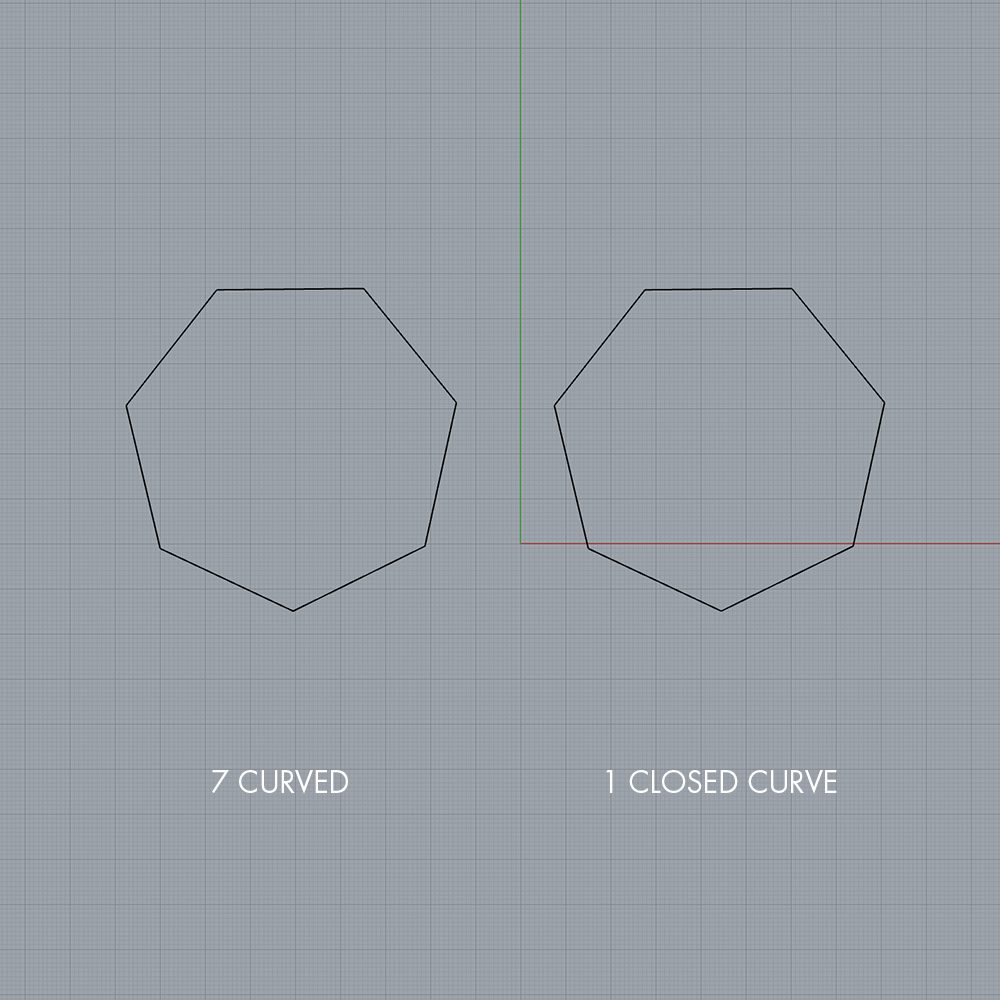 Connects objects together to form a single object. 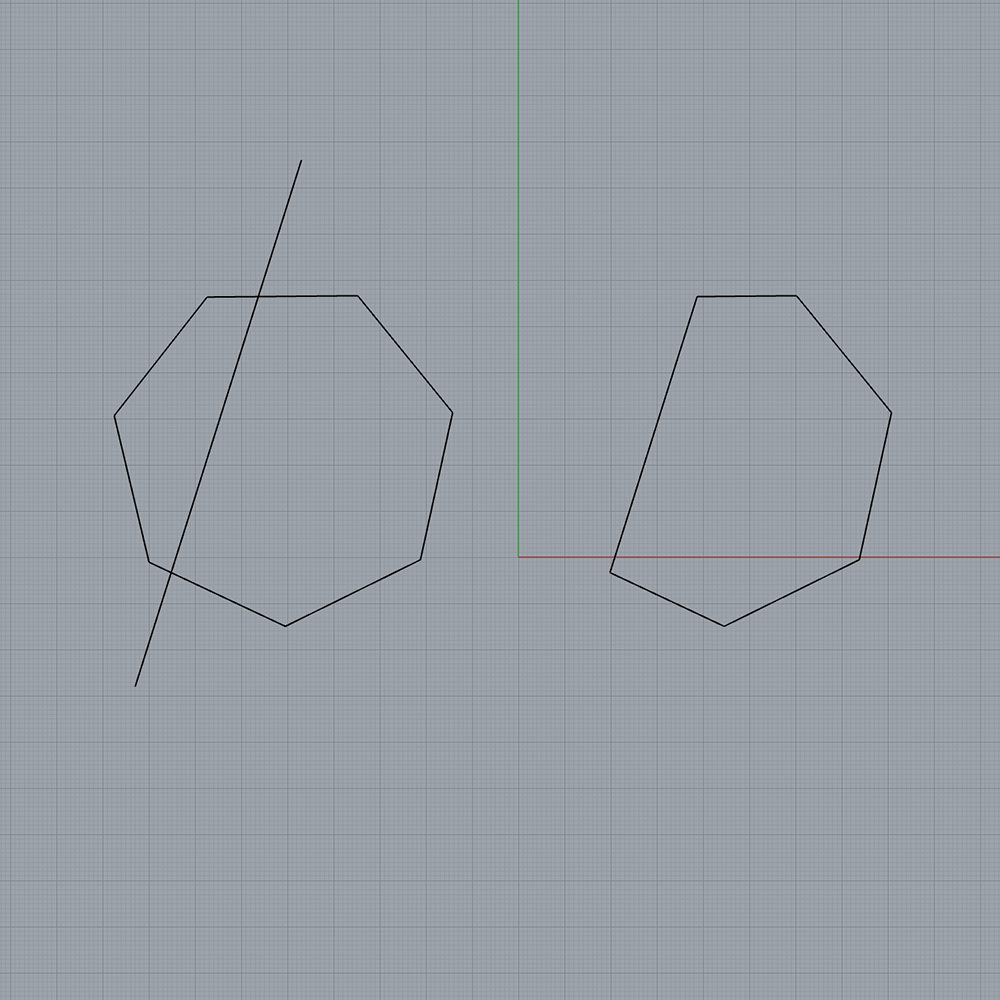 Cuts and deletes selected portions of an object at the intersection with another object. 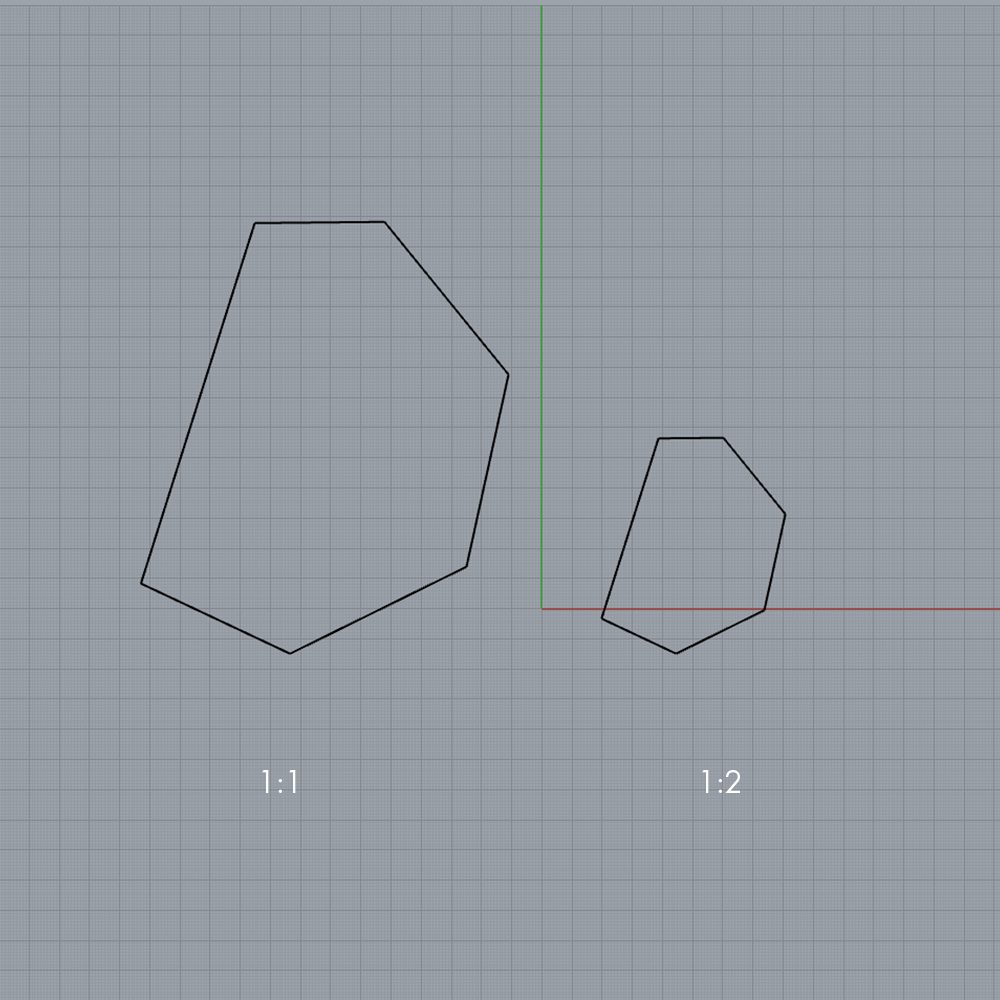 Scale will changes the size of selected objects uniformly in the x, y, and z directions. 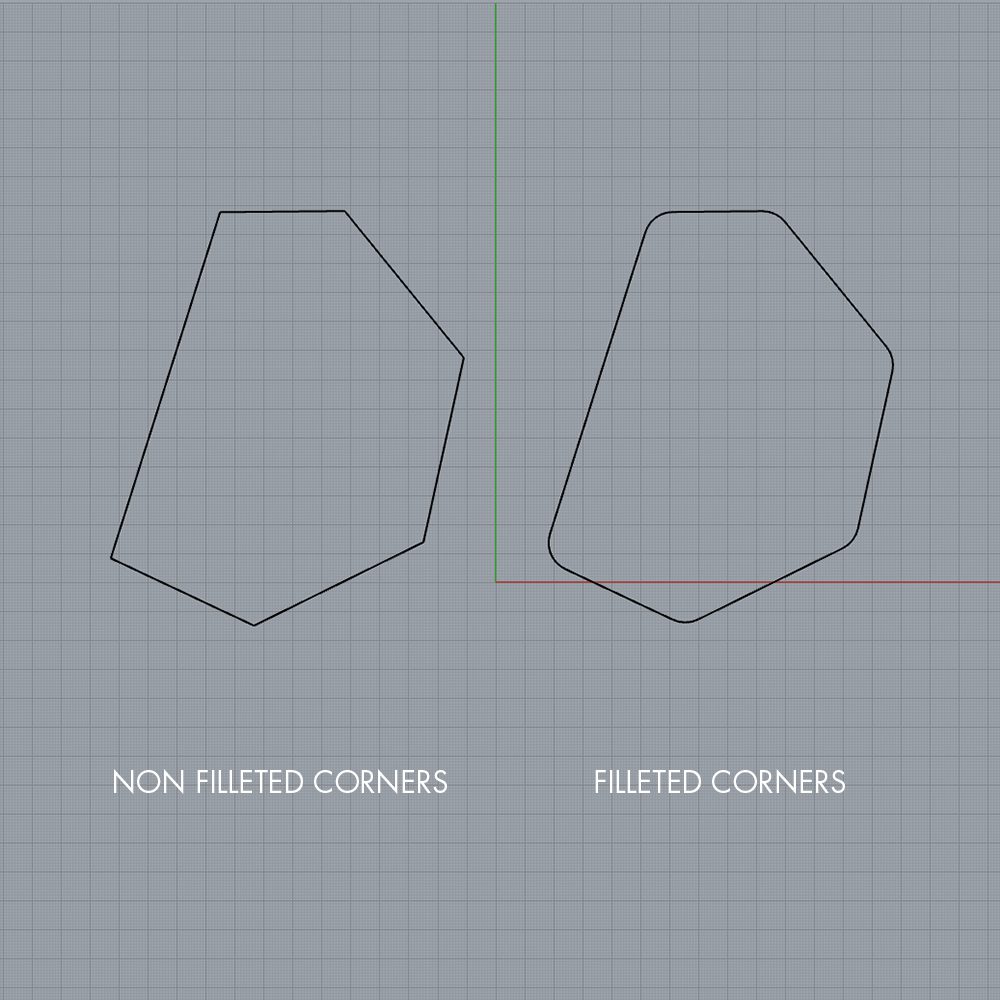 Add an arc between two curves and trims or extends the curves to the arc. 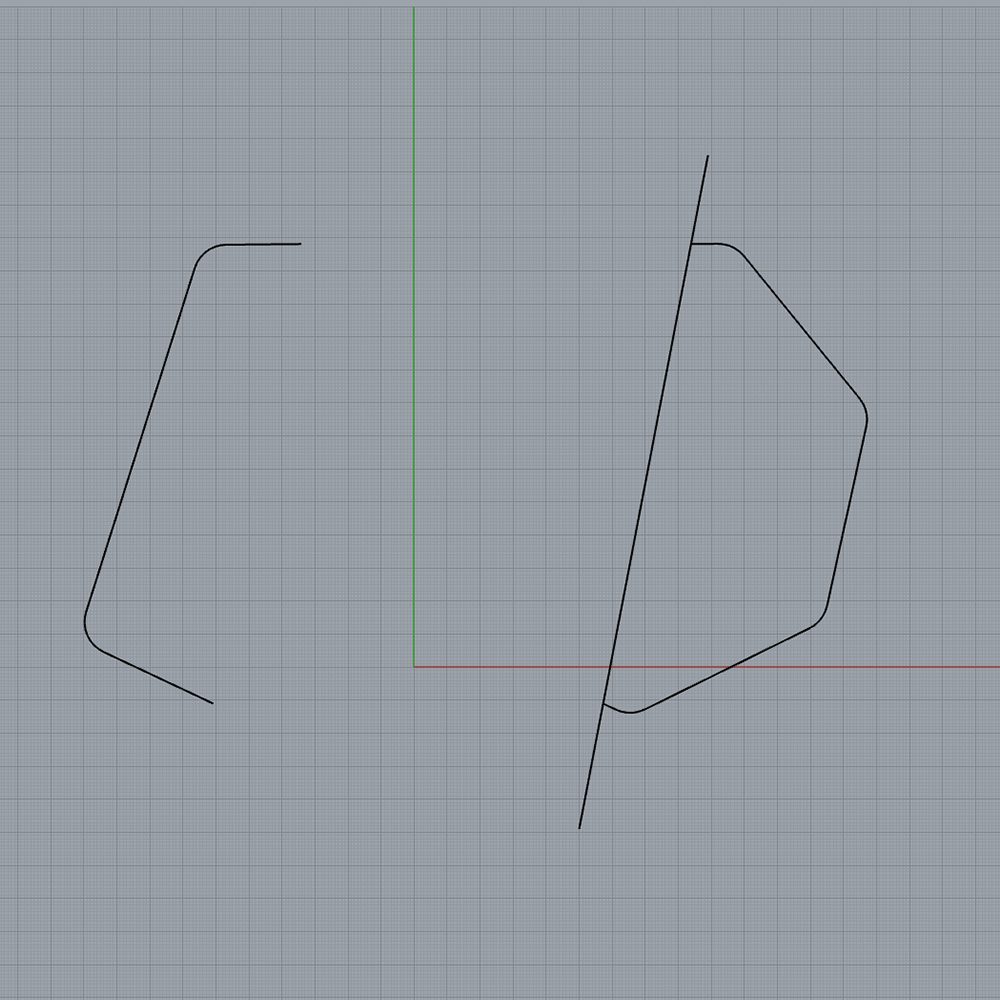 Divides objects into parts using other objects as cutters.

Other useful commands for curves: 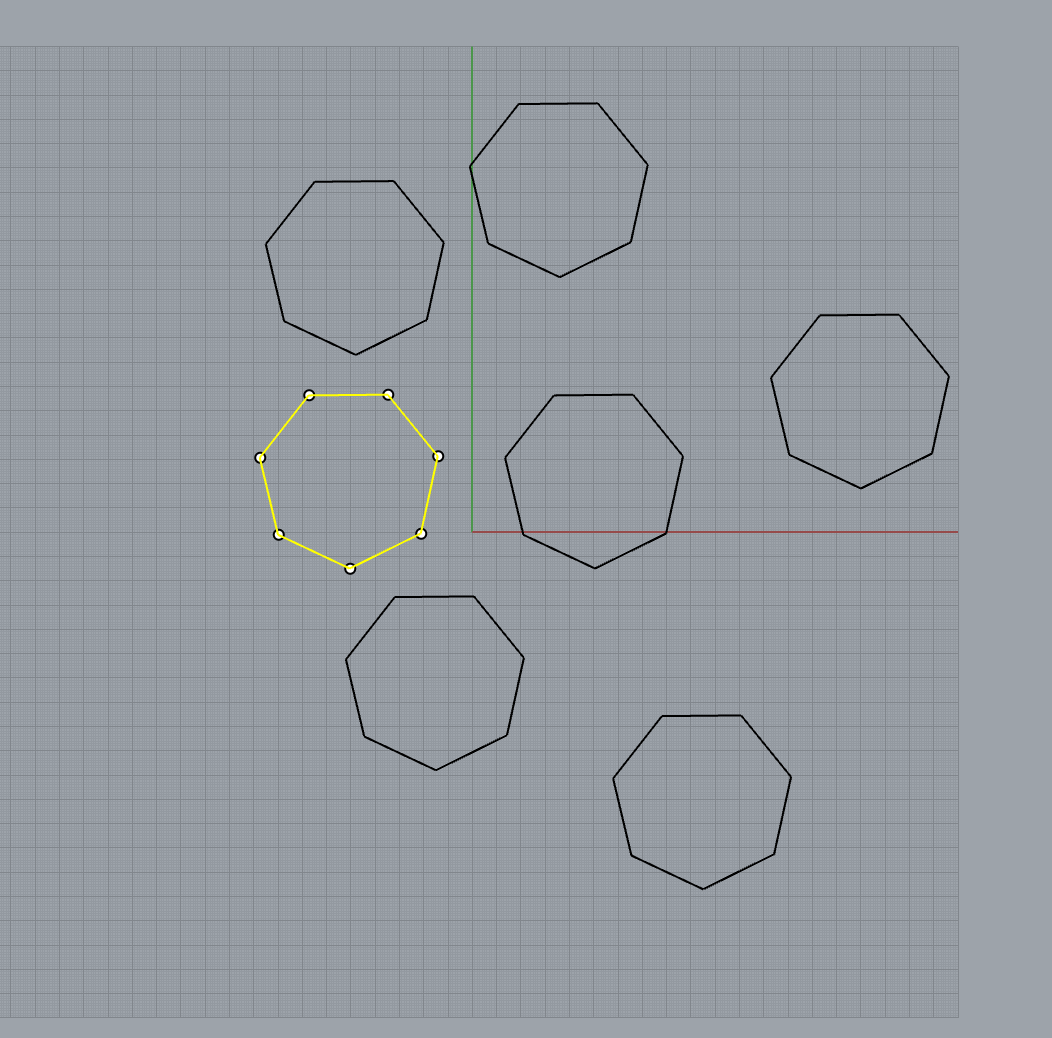 Duplicate the selected object or objects to a point that you select. 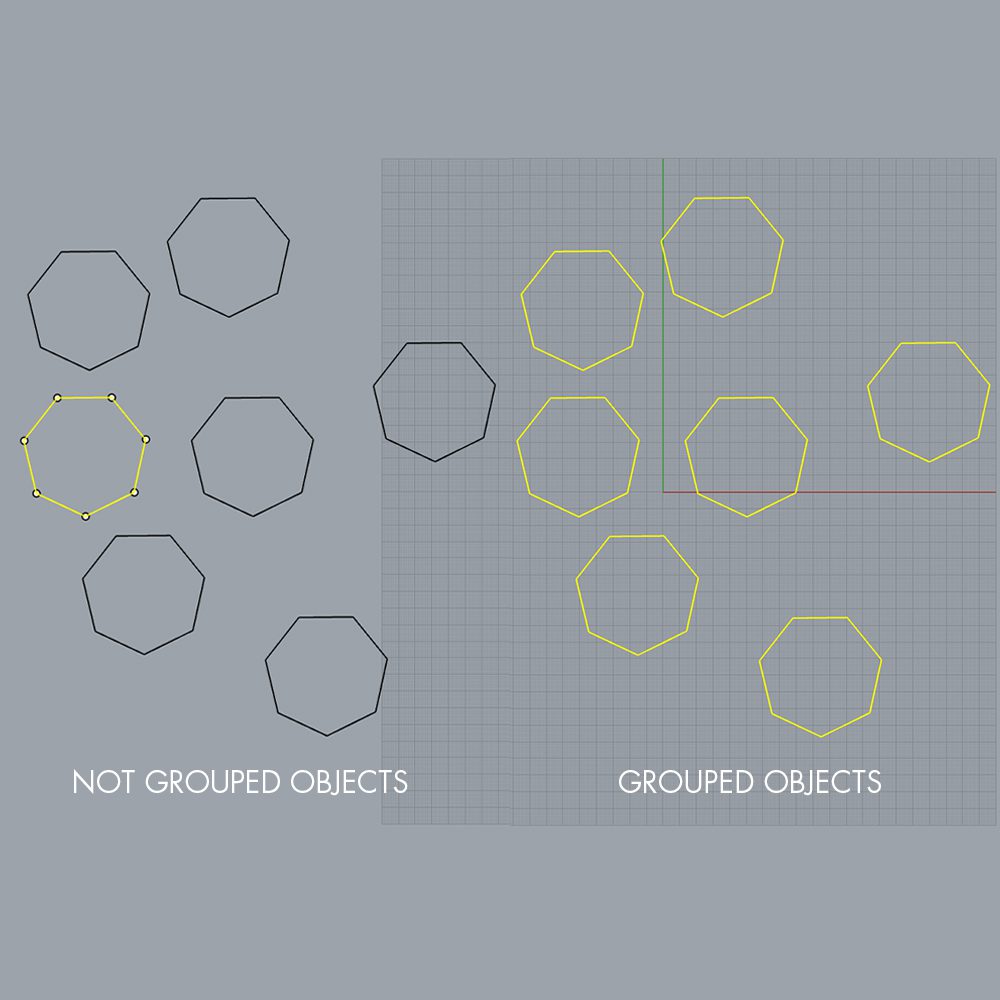 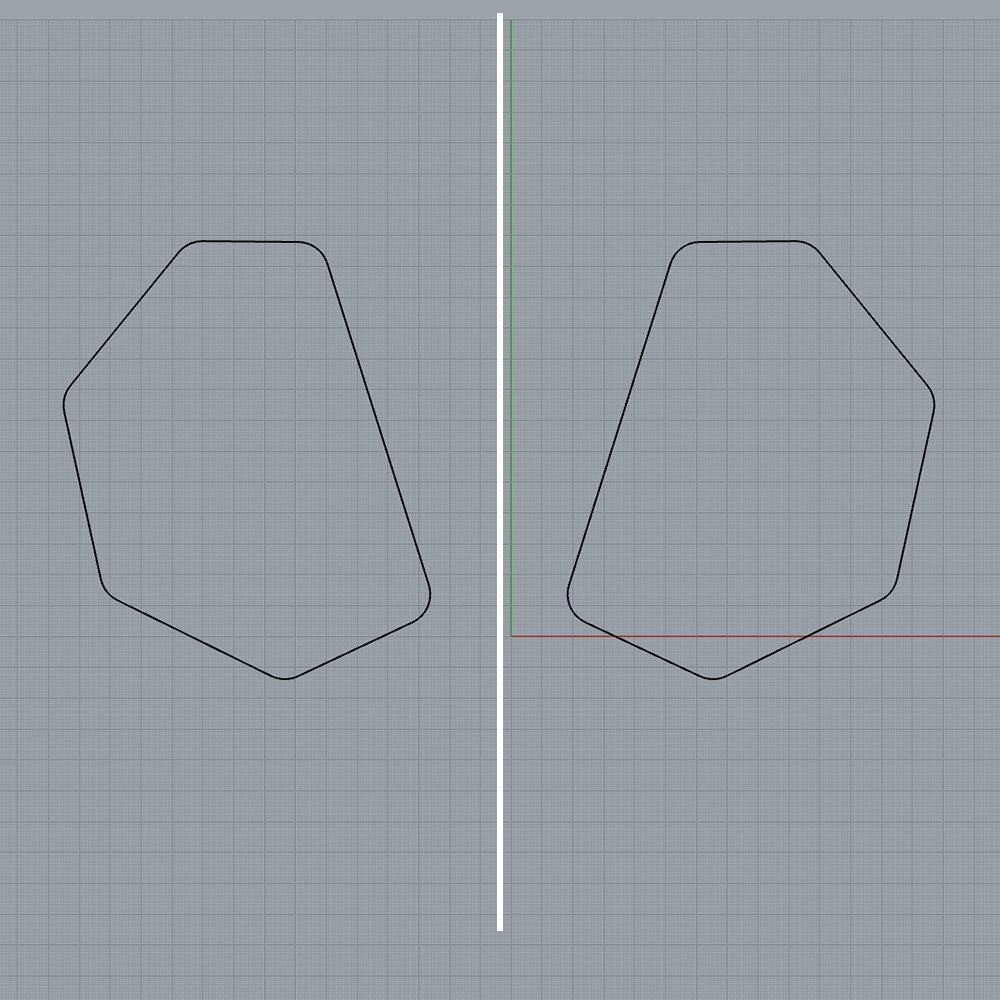 Creates a mirror-image copy of objects. 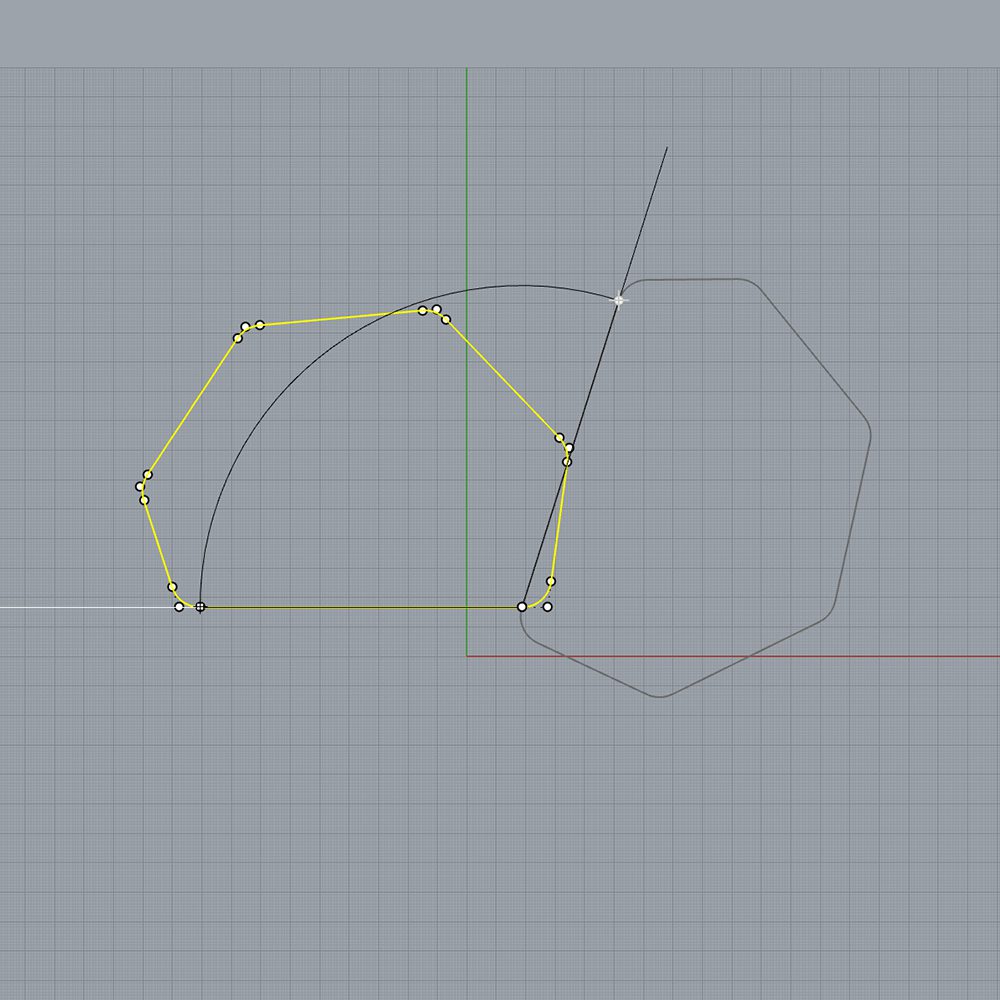 Rotates objects around an axis perpendicular to the current construction plane. You can rotate a single object or rotate and make a duplicate. 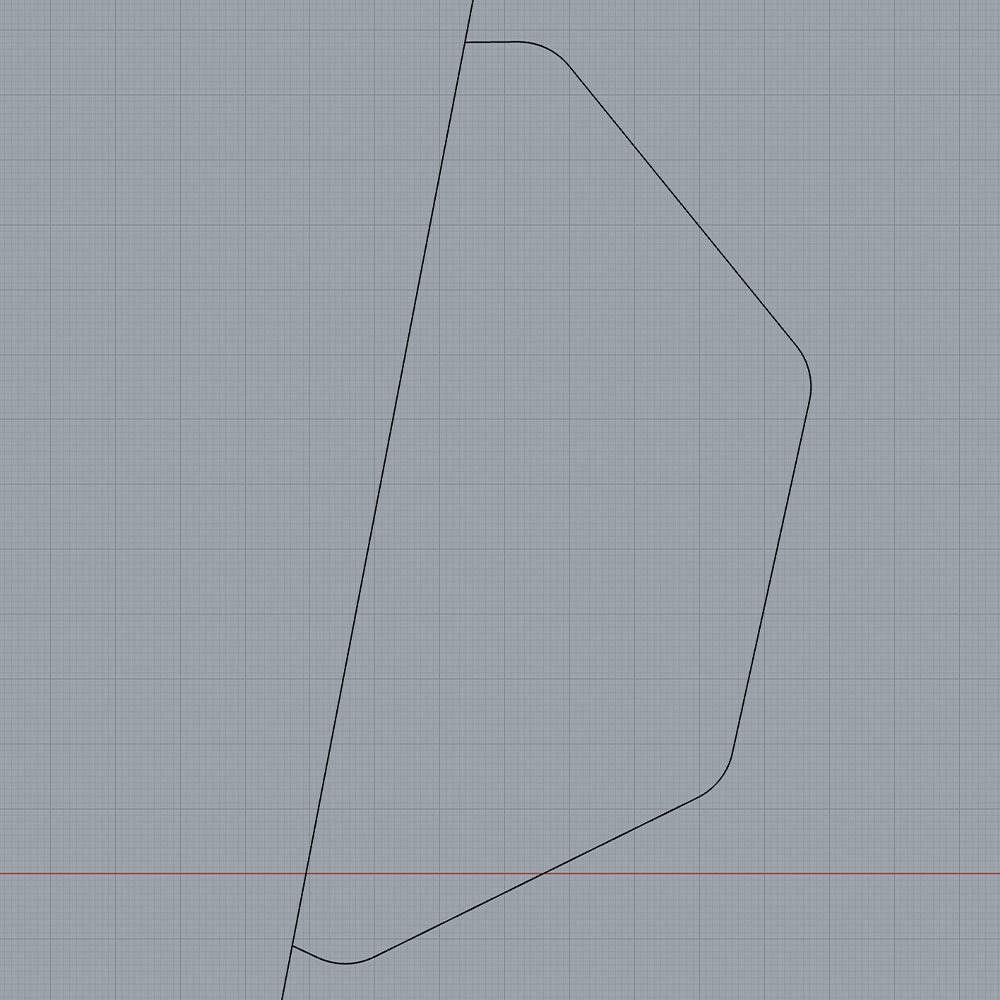 Zooms into the selected object/s. 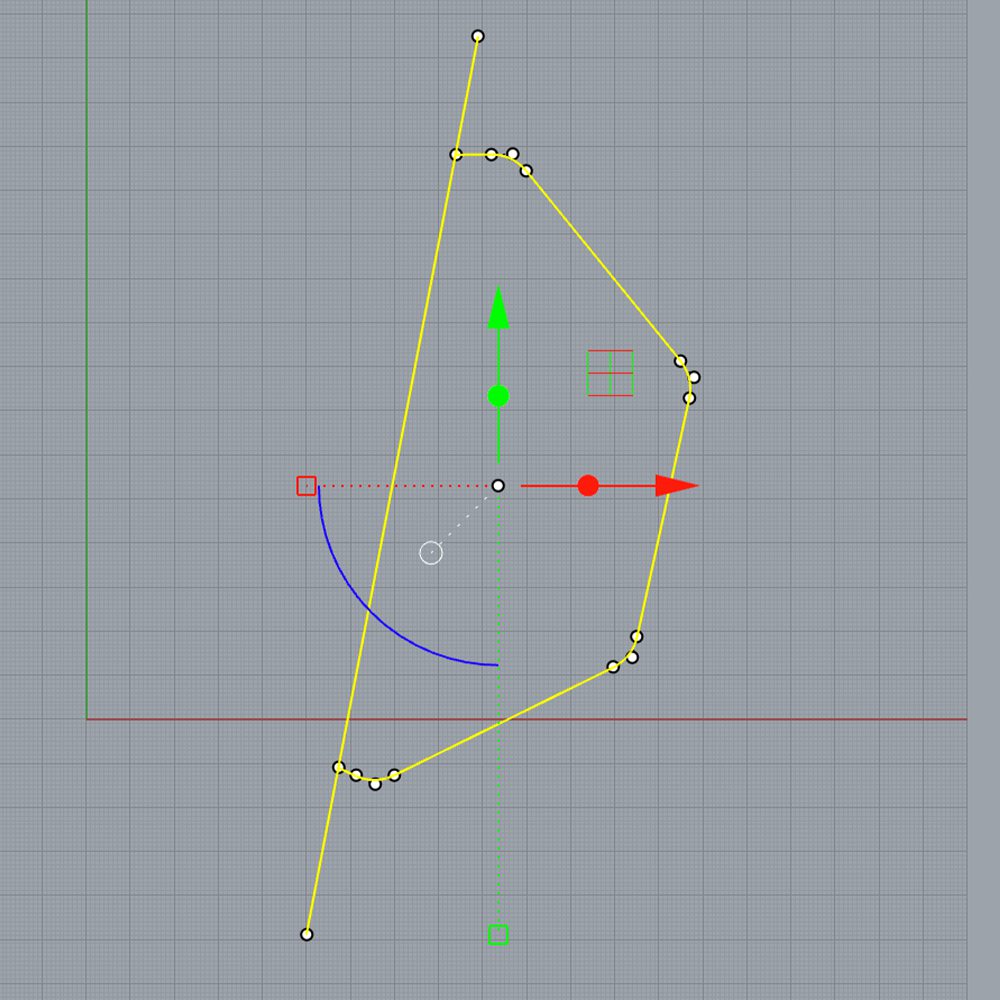 Displays the gumball widget on a selected object facilitating move, scale, and rotate transformations around the gumball origin. You can make duplicates if you press and hold "alt" while moving gumball. 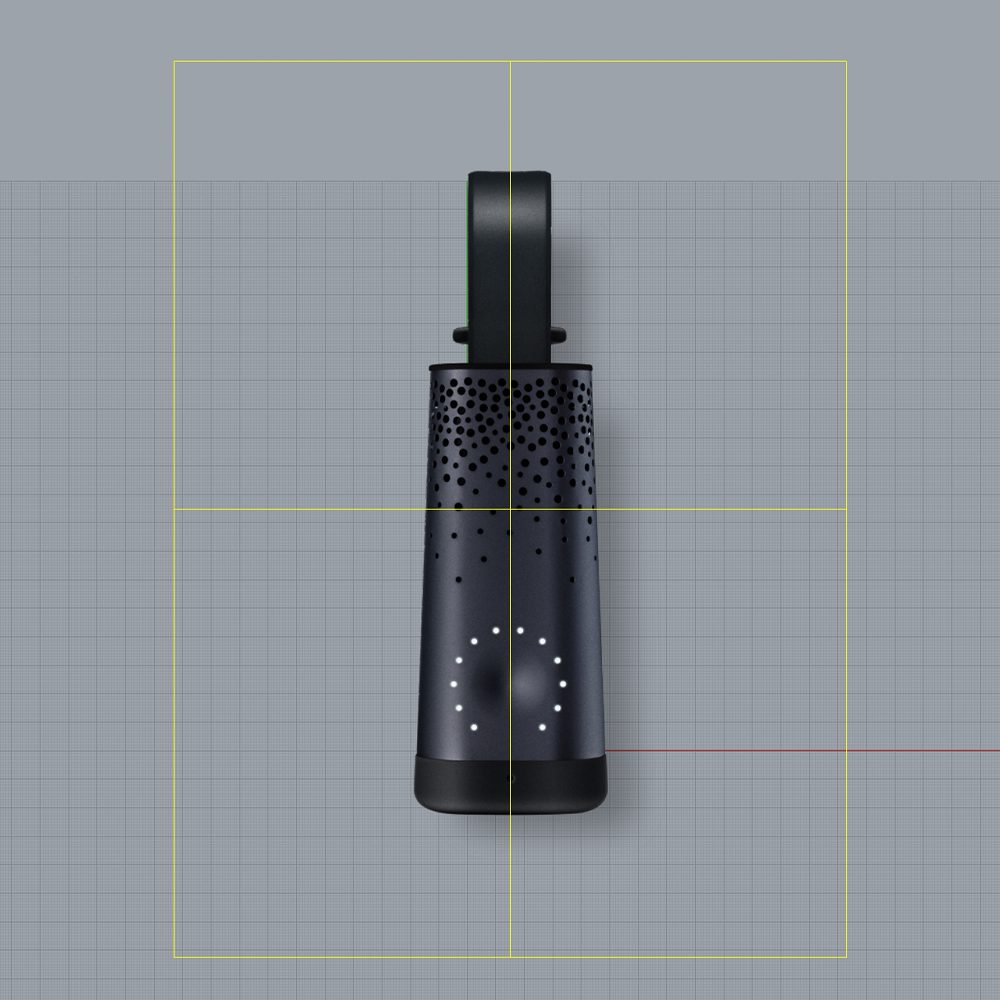 Draws a rectangular planar surface with the specified image assigned to its material and sets the object to Rendered display mode similar to using the SetObjectDisplayMode command.

Copies the selected object/s to the clipboard so they can be pasted a different file. Rhino will keep the object's layer and create it in the new file if it doesn't exist. 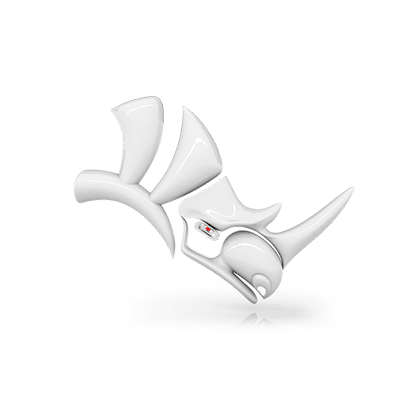 HOW DID WE DO?

TOP
We use cookies to ensure that we give you the best experience on our website. If you continue to use this site we will assume that you are happy with it. By clicking 'Refuse', all non functional cookies (analytics and performance cookies) will be blocked.AcceptRefusePrivacy policy